Skip to Content
Home #vegan My allotment – getting started 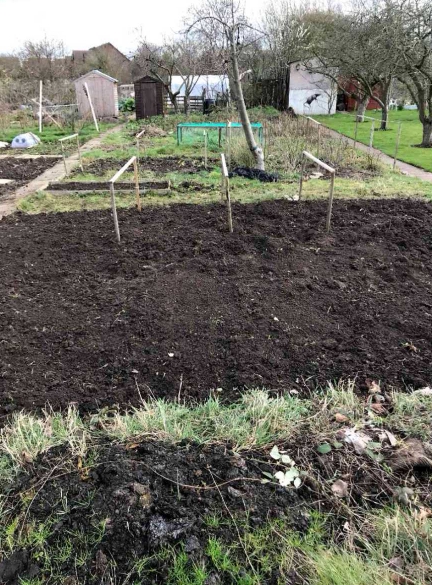 So back in January this year my boyfriend received a call to invite us to take on an allotment patch in our local allotments. We had put our name down the summer before and quite frankly forgot about it. There was a long waiting list and we didn’t think much of being considered.

So while we were in the one hand thrilled that we had the offer I was also very scared. Nether the less we made our way down to the patch and surveyed what we had brought. 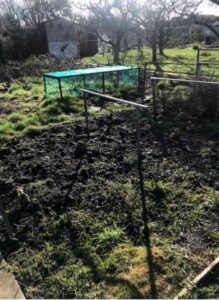 When I say brought it is an overstatement as it cost us £15 for a year then £5 for a key to the allottment gate and then a £10 deposit. It is such an amazing opportunity. 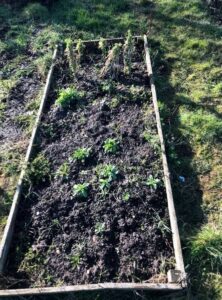 So as complete novices you can see we were faced with a large patch of weeds and nettles we had no choice but to dive in. On our patch we acquired a cherry tree, 2 apple trees, a patch of gooseberries and raspberries and some strawberry completely hidden by weeds. We were really pleased about this as it’s make it look so nice and gives us a little start for food.

We were very conscious of getting it cleared and not encroaching on other people patches. So full of enthusiasm we began to clear the first patch at the front. This patch had previously been used for potatoes and we found loads of rotten left over potatoes as we were digging through the patch so that was a shame but never mind.

It took a lot of hard work and we used muscles we had never even new we had before but we did it and we finally had a clear patch. We pulled weeds, cleared potatoes and found a new found hatred for something we called bindweed. However as you can see we did it and we cleared our first patch. 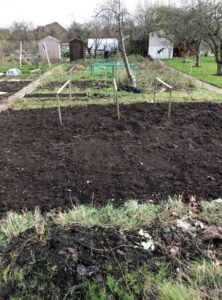 We also made friends with our neighbours on one side we have an orchard and our neighbour has had there allottment for 25 years they have appe, cherry and pear trees. The other side we have a vetenary surgeon who we have only seen once but he has a very simplistic approach, keep it neat and grow easy to manage foods. 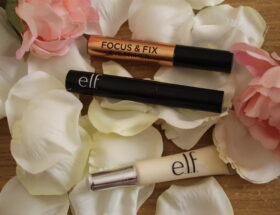 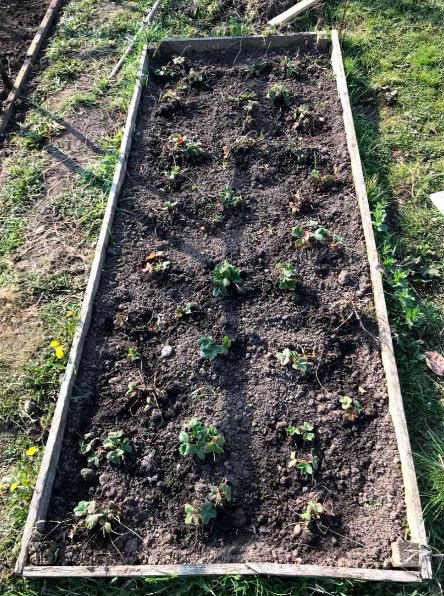