I am a big believer in the magic of primers, I have only been using them for a few years but I think they do make the difference in keeping my make up on and also in building the layer between my skin and make up. I thought I would share with you my collection of primers and how I use the different types.

So the first type of primer I use is the Natural Collection hydrating and radiance primer. This is a cream type consistency and is quite thick and sticky, I know that sounds awful but it is actually really good for sticking my foundation to the primer and also making it stay for the day. This is such good value for money as its cost about £3 and often is on offer with two items from the range for £5 or similar.

I really like the shimmer it gives my skin and it is almost like having a highlighter on under my foundation. It really does help my make up to stay all day and it last me aprix a month even though I am guilty of using too much of every product I own.

The only down side I would say is that it is quite heavy on my skin in if I am layering foundation, powder and so on. On days when I need this to last then it is amazing but on a summery day in a beer garden when I want to relax it is too heavy and I like to opt for something lighter.

That leads me on to my next primer which is the ELF Primer mist. It is so light that when I first used it I was dubious that there was any point. it made my skin wet but did it work. Well I think it does, you spray on to the face and then it only takes a few seconds to dry and it does provide a layer under my skin. I often use this on hot days as it is so refreshing on my skin and I have found that even after a long day at work it does help keep my make up on. I was sat at my desk most of the day when I used it and so it would need testing under a heavy running around day and also on a night out but actually I did notice a difference an it felt so weightless on my skin. It cost around £3 so really good value for money.

Keeping on the theme of sprays is the Revolution pro primer spray. Again I really like this, it smells slightly more chemically than the ELF one and feels more like make up whereas the ELF one is fresher but I still really like it. I tend to again use this on days when I am not running around too much and just want a light coverage I think I would still turn to a cream for long nights and busy days. I have actually just used this on its own as well with no make up over it as I like to provide a barrier for my skin away form the pollution and dirt and that made my skin matte and look more put together even though I hadn’t actually out make up on.

The last primer I use is actually a little bit of a wild card and not actually a primer but a highlighter. It is the revolution strobe cream, I include this one in as I tend to use this as a primer under my make up on holidays or sometimes on nights out. I use it on my forehead, nose and cheeks as it is make my skin brighter under my foundation but not have that iridescent glow on the outside if that makes sense. It is also really sticky and so keeps powder under control. Another place I use this is as an eye primer as it is amazing for keeping glitter or powder eye shadow on my eyes.

So those are my primers, what brands do you use, do you have any wildcards. 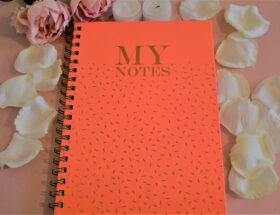