I actually don’t tend to shop at Waitrose that much just due to convenience (and it is often considerably more expensive), but I was passing by and smelled there amazing deli bread so thought it would be rude not to stop by and see hat they had to offer for vegans.

Firstly I picked up some staples in the form of my usual butter the Pure Sunflower spread, they also do soya and olive so I tend to mix it up between the three. To me this taste very similar to the Flora brand that I used to have before I went vegan and I don’t honestly think you would tell the difference between this and a non vegan brand. I often use this for cooking as well as sandwiches and toast. This cost about a £1 so the same as many other supermarkets.

Next is these yummy Eat Natural bars in the Apple, Ginger and Dark Chocolate flavour. These are great for on the go and they have so many different flavours to choose from. These are my favourite as they feel like a treat as well. These cost me about £2.30 so a bit more expensive than other cereal bars but better than buying individual ones.

I was really excited about the next product as I have been looking for it for a while and haven’t been able to find it in Asda or Morrisons. It is the Vegan version of the Quorn ham and I am disappointed and happy about it all at the same time. I am happy as I miss having cold sandwich fillings that are simple and I am a bit bored of having things like falafel so I am very happy. However my boyfriend brought actual ham at the same time and the difference is crazy. Actual ham is much bigger, thicker and better value for money. I find this really frustrating as wile of course I would never go back to real ham the value in the products really showed the lack of value for money in the Quorn version. I got two small sandwiches out of the ham and for the £2 I’m not sure I would buy this regularly.

Next I have Clive’s pies, rather interesting name! I have the Creamy mushroom flavour and it was actually the only one I could see but the Waitrose I was in wasn’t that big so that could be why. This was yummy, I’ve had quite a few mushroom pies before since going vegan and I’m not sure this one was any different but still a nice homely filling pie that was quick and easy to cook and yummy to eat, cant complain. It cost me just under £3 so worth the money as that matched the price roughly of other pies such as Linda McCartney.

Lat but most certainly not least was my favourite products I picked up which is the Vivera Veggie Shawarma Kebab. I’ve seen lots of this brand but mainly things like burgers and I had been wanting to try something from the range. I really enjoyed his, I didn’t actually eat that many kebabs before but I might start eating more. The texture is like chicken (what isn’t) and with a little bit of olive oil cook in about 5 minutes and it gives of this beautiful chili, gilled spice fragrance like it has been marinating in my kitchen for hours. I had it with wraps, garlic vegan mayo and salad and it was one of the nicest vegan fast food meals I’ve had in ages. Amazing flavours with next to no fuss or cooking time. It cost about £3 so well worth the money.

So that is my Waitrose vegan haul, I will also be trying some more of there skincare range when I go to a bigger shop. Let me know what you enjoy from Waitrose. 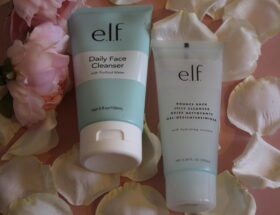