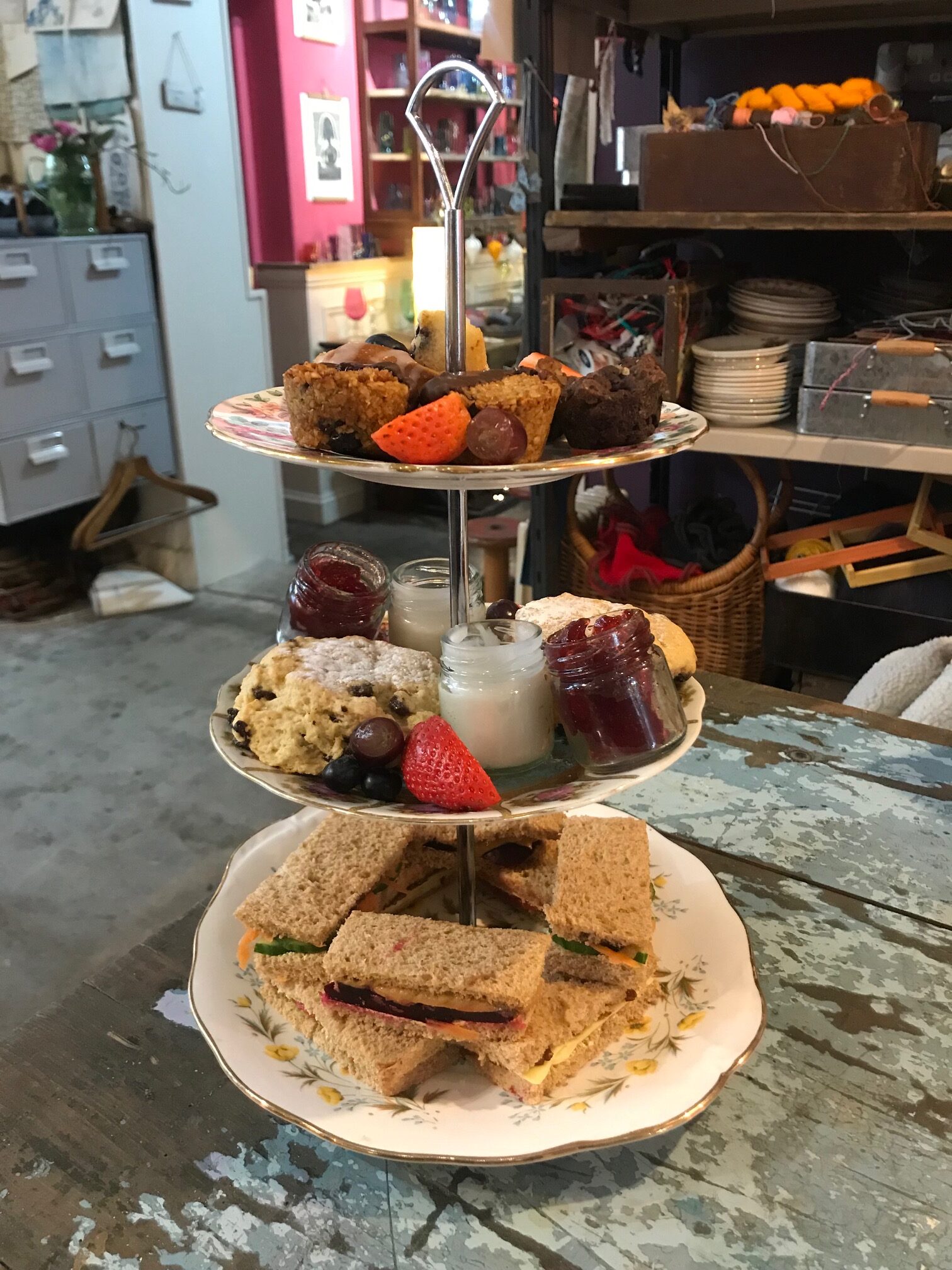 I recently had my birthday and one of my presents from my sister was vegan afternoon tea at Debbie Bryan. I have been here many times but I have never had afternoon tea before and it more than lived up to my expectations. 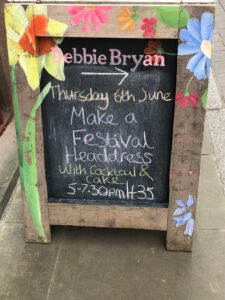 Debbie Bryan is a independent creative retailer, they have there own design studio and there own tea room. They have loads of amazing vegan and veggie option foods but actually it also known for its arts, craft and creative workshops. They do lace making, festival headdress making, hand woven scarves, jewellery and much more. I hope I have done it justice with those descriptions. They do lunches afternoon tea and super clubs to name a few foodie delights. 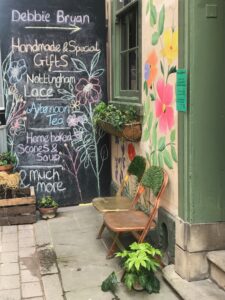 For my afternoon tea it was entirely vegan from the sandwiches to the cakes and my sister who is not currently vegan loved it just as much as me. We started off with a glass of bucks fizz which was levely and sweet, I also had a cup of black tea. They offered me diary free alternatives which is great but I actually like black tea. 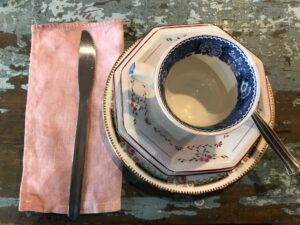 Then the afternoon tea turned up and it didn’t disappoint, it was three layers of yumminess and presented really nicely. We were asked before if we wanted strawberry or raspberry jam and we opted for strawberry. 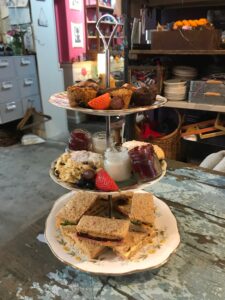 So we started in the correct manor with sandwiches even thought we were really looking forward to the cakes. The first sandwich’s were carrot, cucumber and balsamic glaze, I am not 100% sure on exactly the glaze (other than exactly what it says) but it looked and tasted very similar to a pickle I would say but not chutney, it was very tasty. I wouldn’t normally have carrot and cucumber as the main elements of a sandwich but I may well try this now.

Next was a very random one but a very nice one of beetroot and cashew nut butter, again never a flavour I would put together but I am so glad they did. I don’t dislike beetroot but I wouldn’t say its my favourite but I feel like the cashew nut butter really made this yummy. 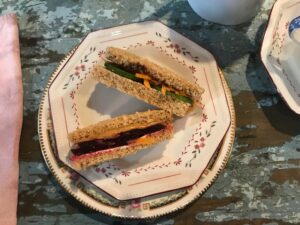 Next were my favourite 2 sandwiches I would say and ones that I would defiantly be trying at home. The first one is pesto and red pepper, I really miss pesto as a vegan. You can of course get vegan pesto but it is very expensive in the shops and I am yet to make my own so this was a real treat and really pushed me to make this at home. The second one was cheese and caramelise onion chutney, I think vegan cheese are amazing now but thus was such a good imitation! I find that some vegan cheese over powers everything else in the sandwich but not this one the chutney and cheese complemented each other. 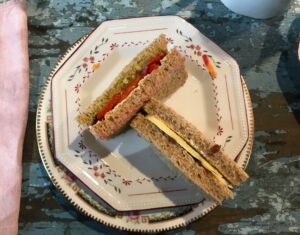 Next was the classic afternoon tea scones. These were crumbly and moist and really big, they were full of flavour but paled in comparison to the topping which I was really amazed by (and took the recipe home). So we had strawberry jam which was lovely but the ‘cream’ was wow! It was like icing sugar (I wont give away the recipe as it is not mine to give away) but less thick and I would take this over cream (even vegan cream) any day. My sister loved this also. It was presented in lovely little jam jars and decorated with fruit. 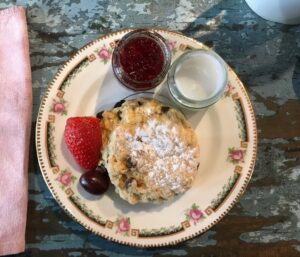 Lat but by no mean least was the cake layer and the amount of effort that went into these cakes is amazing. We had chocolate and cranberry flapjack, blueberry and lemon cake and cocoa and almond brownie. I am actually not sure which to say is my favourite I think the award goes to the flapjack but the other were so good its hard to tell (maybe I should try them all again for research purposes). These again were presented so nicely with fruit. 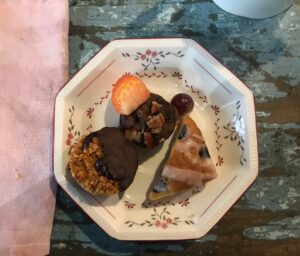 The service we received was lovely, they kept offering me more tea which was nice and the atmosphere was so relaxed that we stayed for ages talking and catching up, we didn’t feel rushed or like we had a time limit and they took the time to talk to us and tell us about future events they had coming up. If you are in Nottingham then I would recommend a visit. 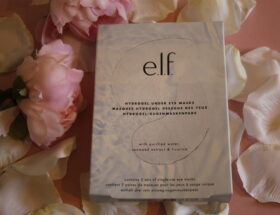 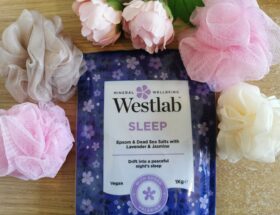