Every time I tell anyone I am vegan you can guarantee they say that the one things they couldn’t live without is cheese and that is probably the exact thing I would have said about 3 years ago. I loved cheese, all sorts even the stinky ones like blue cheese and that love never left me but the decision to give up cheese was actually easy for me, by the time I came to that decision I had seen and heard so many horrible things about the diary industry that that was all I thought of when I looked at cheese. That doesn’t mean to say that I didn’t miss it though.

So that started my quest to find a good vegan cheese and I personally think the ones in this blog are yummy.

The first one is Violife, this is the first cheese I had when I went vegan and it has taken a little while to get it right. By that I mean it isn’t cheddar so you need to understand what you want this to add to your food and treat it different to cheddar. Let me explain, I used to have cheese melted a lot so I would wait till it bubbled under the grill or add it directly in the pan of pasta however with vegan cheese as it is mainly oil base if I did that it would start to almost melt away. So what I do if I want melted cheese is put my hot food on the plate then add the violife on so that by the time I am ready to eat it has melted by not too much. This is just my personal choice, you may have a different taste for this. Violife is at its best grated rather than sliced and grates really well. It is quite expensive at £2.28 given the size but is the cheapest product as the sliced and grated versions are more expensive.

Next is the Asda mature cheddar. If you have ever has Wensleydale cheese is similar in texture to that. It is softer than the Violife but still grates well and costs the same at £2.28. This is reasonably new to Asda but there own brand range seems to have grown quite quickly recently. The flavour is much stronger than the violife as this is meant to mirror mature cheese, its hard to describe the flavour but I would say it is slightly oniony. I tend to have this on food that are not too strong in themselves for example if I am having a simple pasta and tomato dish then I use this to add flavour.

The last cheese I really like is the Asda soft cheese, it is very similar to soft cheese in terms of taste and texture. I use this mainly as a source to go on top of mushrooms or in pasta or over chicken with tomato’s. This is a really large pot so I do get about 3 or 4 portions out of it compared to other vegan soft cheeses. This cost around £2.50 again I would say this is actually this one is the best value for money out of the three cheeses detailed.

Do you have any recommended cheeses? What recipes do you do with vegan cheese, I would love to hear. 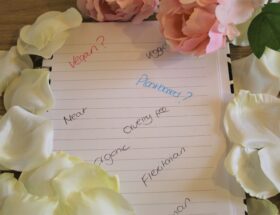